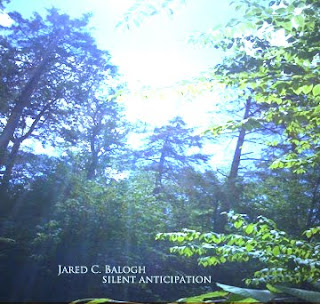 'Silent Anticipation' is the new album from Jared C. Balogh, here, free to download as FLAC or 320kbps MP3. 5 tunes of sudden beauty, hinting more at Stravinsky than Coltrane, with the occasional nod to complex prog of the early 1970s. Natural sounds in impossible combinations. This is an unusual album, and if you know my podcast you'll know I don't say that lightly. It's sometimes lyrical and sometimes challenging, depending on the mood of the listener. Like all wombnet releases, this music could only have been made by this person, at this time.

He has several albums at the Free Music Archive here, and at his home page alteredstateofmine.net

'Silent Anticipation' at the FMA
at ARCHIVE.ORG
at SOUNDSHIVA

Silent Anticipation by Jared C. Balogh is licensed under a Creative Commons Attribution-NonCommercial-ShareAlike 3.0 Unported License .
Permissions beyond the scope of this license may be available at www.wombnet.com.