Eclectic Music for Mind And Bodhi on Dandelion Radio

Some time ago I contracted all my and Sarah's websites into one...this one. Sarah hasn't been actively involved for a while. I don't like web work much. You won't find me on Arsebook, Myspaz or Twatter. I couldn't be bothered maintaining it all, as I have a life. I don't own a mobile phone, because I'm always where the party is. No shat-nav for the same reason.
My point is, my podcast is definitely back, for the time being, and broadcast on Dandelion Radio. New shows monthly, plus a few specials. All details at the Dandelion Radio website. I have to do enough paperwork for them, and I'm not going to do any more here. Tracklistings there too. I might update my own at some point, but right now I can see no good reason to.
My main focus on my show at the moment is free netlabels. I truly believe that the avant garde in sound art now resides there. The last hiding place from the the corruption of capitalism is to give it away. Without money, we exchange energy freely and The Man doesn't get his cut.
Live free in the midst of a bondage factory!
I alway used to go to great lengths to make myself easy to reach. I communicated a lot. I was one of the first podcasters to put up active links in tracklistings...oh, years ago...you take that for granted now, dont'cha? I kept multiple websites running...vigorously supported many artists, being as clear and effective as I could. What I think I know now is that the niche audience I'm aiming at will find me, will hunt me in the same way that I hunt for music. Because they give a shit about art that feeds the soul.
Eclectic Music For Mind And Bodhi is me, hunting and presenting music that I believe is good for the soul. It is honest, or direct, or abandoned, or surpassing beautiful, or the ugliest beauty, or entirely new to my ears, or archetypal, or spacious, or full. Dada as a whole.
blessed are the tunemakers
Peter 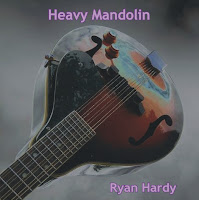 Hello again music lovers. 6 months since my last post. How about that. I wouldn't say time flies, for that would give an impression of business. Lurches, perhaps.
I'm still involved with music. I've been playing live in Brighton. In fact, I did a set at the last Wrong Music event in May. Dub In The Pub is now monthly at the Gladstone pub....that's the yellow one near the Lewes rd roundabout. Ok...that's a bit local isn't it. Most of you who read this have never been to Brighton and never will, so you've no idea what I'm talking about. Not local....I worry about that... I suspect humans, like all other animals, go insane when removed from local concerns. Nevertheless, here I am in cyberspace. It's a compulsion to share, like a really good crap. I'm still making mixes, and have a couple to share with you.
Firstly, meet Nature Boy

This is Coseyhead, an inner me. The photo is of an unnamed Australian.
This is very different from my previous mixes because it developed as a live set.
For best effect, play very loud in a public place. Reggae. Definitely.
Here is the music .
Next is a message from Coseyhead concerning the death of the mythical personality to make way for a more unified consciousness. The picture below is a painting of a still from Fritz Lang's 1924 film "Siegfried". It shows his death at the hand of a former friend, in this case symbolic of understanding the true nature of ego, a snake in the garden indeed.
It is entitled "Mythunderstanding". MP3 here.

It's relatively chilled out. Medium to quiet volume. Be high. Definitely.
This is my first mix made with Ableton. Software can be such fun, but I wouldn't want to live there.
For tracklistings and more details see Coseyhead Presents .
Aufwiederhoren lieblings, and be careful handling sharp objects
Coseyhead

Hello Music Lovers
Estranged as I am from t'internet, I nevertheless thought it appropriate to update the wombnet site. I don't know if there will be any more releases. Neither Sarah nor I are inclined to web work anymore. I've still got a toe in the music world...I'm still making mixes and I hope to do a few gigs this year, but I'm done with maintaining an online persona. However, the one thing I can be sure of is that all things change. Dust in the wind, dude...

So, please take a look at a couple of new pages in the menu bar above.
"Coseyhead Presents" contains links and tracklistings for various mixes under my DJ name. There's a couple of new ones you might not have heard. 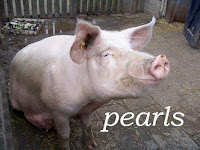 Pearls is, perhaps, volume one of the best of The Peter Nelson Show, containing some of my most cherished tunes from the last 5 years. It started as a mix for my friend Ryan, who'd never heard my show but showed an interest in Mashcore.

There's also, a Dub In The Pub live performance from Nov 2008 I've called: 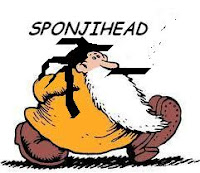 I always intended to make this mp3 available 'cos it went rather well. I edited it slightly for art's sake. Dub In The Pub may return this summer.

words are not enough...
Peter