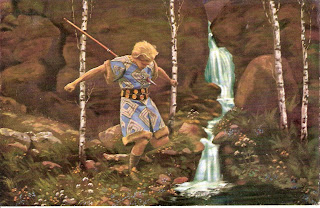 This is more than just a collection of tunes, it's about something. If you want to know more, read on.

Firstly, I'll describe what led up to this point in my life at which I can at last call myself a musician without blushing. 2 years shy of my 50th....better late than never. Then some notes on the mix. I think this is a relatively new art form, that is, the mix tape as a serious musical expression, and only possible since the elevation of DJ from entertainer to artist.

This is the first mix I've completed using Ableton. Previous efforts were all made with an old version of Wavelab, a simple mastering program. With my mix tapes, and to an extent with my podcasts, I was always aiming for continuous pieces of music, like symphonies. Music is a wonderful way to communicate feelings, and although we all have our own private associations with particular songs, I think that by creating a mood it's possible to convey a consistent point of view in a mix of tunes. Although I made mix tapes in my youth, they were just collections. I've been pursuing this particular format for about 10 years. In 2003 I made a mix tape called Listen With Brother. Sarah and I had both been mucking around with childhood radio and tv themes. That's were the Listen With Sarah name came from. Actually, the name was just a suggestion on a cd cover...John Peel chose the name. My mixtape was a musical letter to an old friend, and contains many references to my life at the time. For instance, it begins at dusk with "Hurry On Sundown". Dawn is announced by Rolf Harris half way through side 2. This is a reference to my fully nocturnal habits at the time. From that allegorical beginning, my tapes grew more metaphorical, that is, I referred more and more to states of mind and feelings. Next was Wealden, which was about moving to the Sussex countryside, "The High Weald". The pun on Thoreau's "Walden" is intentional. Then I made "Gravity Sucks". That's about suffering. Since my youth I have had a progressive degenerative bone condition, which began to cause me inconvenient discomfort around that time. Gravity Sucks was a yelp of pain. It took 6 months to make. Then came "Neptune Bound", my first entirely metaphorical mix. It took a year to put together, with countless rewrites. It was about desire, specifically the human curse of desiring what is not in our best interests. The cosmic irony of all ironies. On side one, I used tunes suggesting different addictive states, leading to Burrough's superb creation myth "Ah Pook"...gobs of grease from a dirty fingernail...and culminating with a disorienting and dissonant "We Saw The Midnight". The whole side is dreamy. Songs with specific meanings are mixed with instrumentals whose function is to set a tone. It's meant to make you feel a bit sick, but unable to stop, much like desire. At the beginning of side 2, we are still asleep. Glimmers of recognition of what our thoughts are truly focused upon begin with "Everybody's Talkin", and in this context is  a reference to the many contradictory desire thoughts that assail us from within....There's a death, a dirge and a rebirth. You get the idea, I hope, and I'm not going to go into any more detail about that mix, except to point out that the resolution is through surrender of self. That is my thang, I 'spose, being a Pisces. My peace comes through the relinquishment of my self importance. Any of you who've followed my musical outpourings over the years may have noticed that I have an issue with self promotion. I don't do this music thang from a "hey. look at me, ain't I fantastic" point of view. The big leap in my listening figures in Spring 2010 quite freaked me out, and was the main reason why I stopped podcasting. I was unprepared for how diluted my sense became as it reached more people. I felt very thin. I share music to express myself, like having a crap. It's a more elaborate form of "Hey! Check out this tune. It really speaks to me." A mix tape gives me the opportunity to express complex emotional states through musical imagery that can subvert intellect. The length of the piece allows me to manipulate the mood, create a kind of trance state, to engender in the listener a state of openness. In this state collective consciousness is more easily accessed (this is the broad function of trance music in religious contexts).
It is the greatest pleasure of my life to assist myself and others to open to more profound states of consciousness, which for most of us starts with accessing deeper feelings without fleeing. 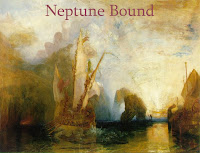 Here is Neptune Bound.
Side One  MP3
Side Two MP3
Zip file
It's not essential to understanding Mythunderstanding, but it's helpful, I think, to at least get an idea of where I'm coming from.

So. What's it all about then? If I could express Mythunderstanding in words I would do so. I tried. Last year, with the help of my friend Phil, I began a book about that which I know best: the practice of modern shamanism. As I approach 50 years of age, the age at which my Father died, I believe I am coming to the end of a process that began with the events behind Listen With Brother. In short, my entry into the realm of myth where archetypes hold sway. I am strongly Chironian, which is to say it's closely conjunct my sun and moon. That's mythic language. Another way of putting it is that the roles of wounded, wounder and healer of the wound are fundamental to my sense of being. Chiron brings awareness that all action contains it's opposite, and all other degrees in between. A good action, such as saving a life, is a bad action from the point of view of the countless smaller beings who would live off the corpse. You see...without a context, these words flap around like drying clothes on a windy day. That's what the music is for. Arranging, squeezing, prodding. manipulating and mixing the tunes is emotionally cathartic in a way I cannot explain. Ever let it be so, that our feelings do not make sense.

I was recently reminded of some metaphysical structures I learnt many years ago from Tim Leary and other techno-shamans. (Broadly speaking, techno-shamanism is spirituality in modern technological clothes). Specifically, a model of consciousness expansion in 8 parts, with particular reference to the drugs associated with them. Ram Dass talks about it here with a radio channel metaphor. Briefly, we can tune our minds to different frequencies which may helpfully be experienced as hierarchical. Channel one is the body, channel two the personality and channel 3 the archetypal, where, as Ram Dass so aptly puts it, there are only 12 of us. Acid offered me, and many others, a glimpse of this perspective. At channel 3, we are aware of the bigger stories that people are unwittingly fulfilling. To live in this awareness constantly without understanding usually results in madness, whether chemically or otherwise induced. In the way that Neptune Bound meant the beginning of my surrender to my mythical self, to allow my story to tell itself, Mythunderstanding represents my willingness to let go of the story of me, with the profoundest desire to hear channel 4. Here, there is only 1 of us.

The vocal sample at the beginning is intended metaphorically. It refers to a shift in perception where the ego's desires are seen as truly undesirable. This is not a difficult awareness to attain: all true growth is effortless. "My own guy" is the desire nature. Ego routinely projects what it cannot forgive onto others, perceiving it as betrayal. The moment of recognition of how completely we have sabotaged our own peace is shocking, and often leads to a feeling of being lost and purposeless. If the ego whispering desire cannot be trusted, how do we know what is true? We lose our jobs/roles in the ego-construct-materialistic world.

The women referred to in the first few tunes are  wife, mother and  The Great Mother. Always a Shaivite, recently my particular attention has been towards Kali. This mix is in part a prayer to Her to devour what is left of my self.

DJ The Blade's (now known as Lytton) remix of Joy Division's "Disorder" has a particular significance for me. JD was my favourite band 18-22ish. I listened carefully and wrote down some of the lyrics. My mum came across them and was deeply concerned, thinking they were my words. She was relieved to learn that I wasn't that depressed! So, in that perverse way that memory has, Joy Division reminds me of her as much as does Beethoven, whose music she loved. The original song begins  "I've been waiting for a guide to come and take me by the hand.". The guide returns as Laurie Anderson's pilot.

Pregnant is Daniel Trudeau. I think his stuff is amazing, He's got lots of music at his website.
All the vocal samples are additions by your DJ.

Laurie Anderson reminds us that although we may think we're flying the plane, or trust that that somebody else is, there ain't no fucking pilot. The choice right/wrong, up/down, never/always is meaningless. She does it so pleasantly. This is the centre, that expresses my point of view most lucidly.

Nous Sommes Du Soleil by Yes is the frame. For a good account of the album "Tales From Topographic Oceans", go here . A flawed masterpiece, but the mature Yes fan's favourite. Inspired by Paramahansa Yogananda, one of my best friends whom I've never met. (The song Nature Boy was also about him.) It was an attempt to make something real out of the music and yet is often considered pretentious and unwieldy. I think true art always seems that way unless we totally surrender to it. This mix is my topographic ocean, and is inspired by similar imagery.

Throughout, instrumental and rhythmic pieces are used to suggest the flow of nature. The beat gets under our skin, under our minds, strips away our cleverness and leaves the heart open. I remember, a long time ago, in the back of my mind, when humans were gentle creatures living with superb sensitivity in a garden of trust. It's only a matter of time before our true open nature returns. 'Till then, there's the beat to remind us. We are made of the same stuff as the sun, the moon and the stars. Our world is made of the excretia of the countless generations before us. There is every reason to trust that nature knows what it's doing, after all, it was working well enough for millenia before us and will continue to well after us.

In summary, the imagery represents the journey through the mythic realm, exploring how we create what we perceive by taking part in grand dramas, to the relinquishment of the stories in surrender to forces bigger than ourselves. Shorter:let go.


May you know the mad god goes with you


Hear here Listen With Brother
Side One Side Two Zip

Hear here Wealden
Side One Side Two Zip 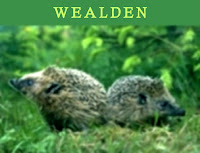 Here hear Gravity Sucks
Side One Side Two Zip 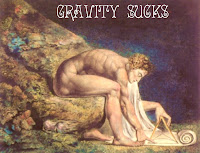